Today our Bard suggested a little bit of fun.  Some suggested topics were made and we were to write songs about the topic.

The topic chosen was “bananas and spiders” 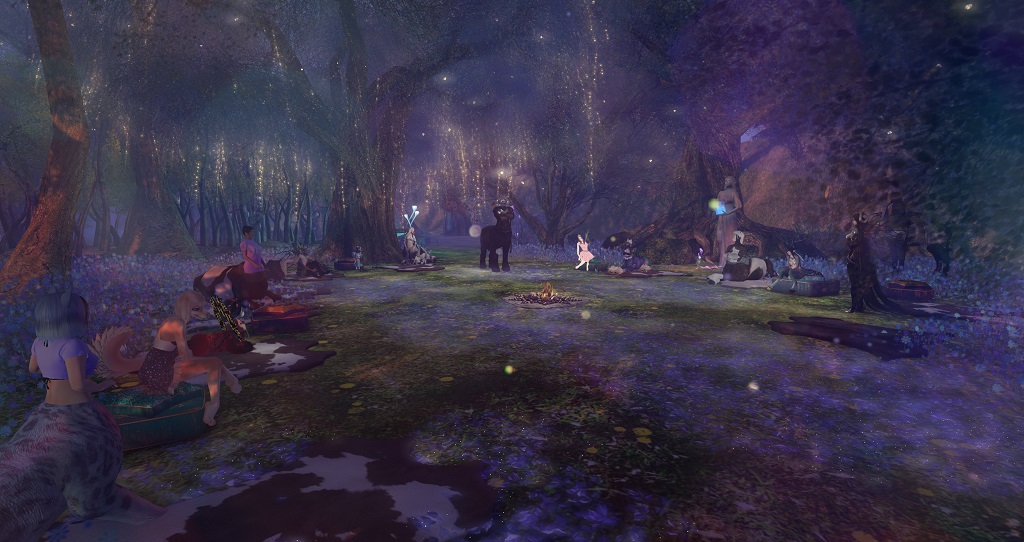 Tarantula share your banana so sweet!
I gotta meet the tallyman and go back home
Bananas aren’t good for spider to eat!
The whole plantation is yours to roam

So like my nest she muses
as she births her eggs into the fruit
A thin, sweet crescent nursury
My won’t my babes be cute

Ok it is kind of silly but here it goes..I titled it “The Crushed Banana”

Oh banana, Oh banana
How sweet and tasty you’ve been
I want a banana just like you have been

Kumi Kiyori: This is my little poem.

Banana and spiders she told me to write,
but I’m quite sure those spiders will bite.
Peel them with care or a spider you’ll snare.
Then no squishy mushy bananas
will be in your Tropicana.

When a little ting I once was be,
a banana spider come up to me,
He say, Hey mon I so hungry,
Can you spare a bit of banana to satisfy me?

I look at the spider an I bout faint,
to not step on him take lot of restraint,
So he jump on the table an onto my plate,
that’s when I make for the door quite straight.

He chased me all over and I run so fast,
I pulled out a banana and I start to cast,
It hit him in the eye, but I was out classed,
the spider took me banana and went at last.

Jinx Fantasy Creatures is the home of the Bento Centaur. Many magical creatures and critters.