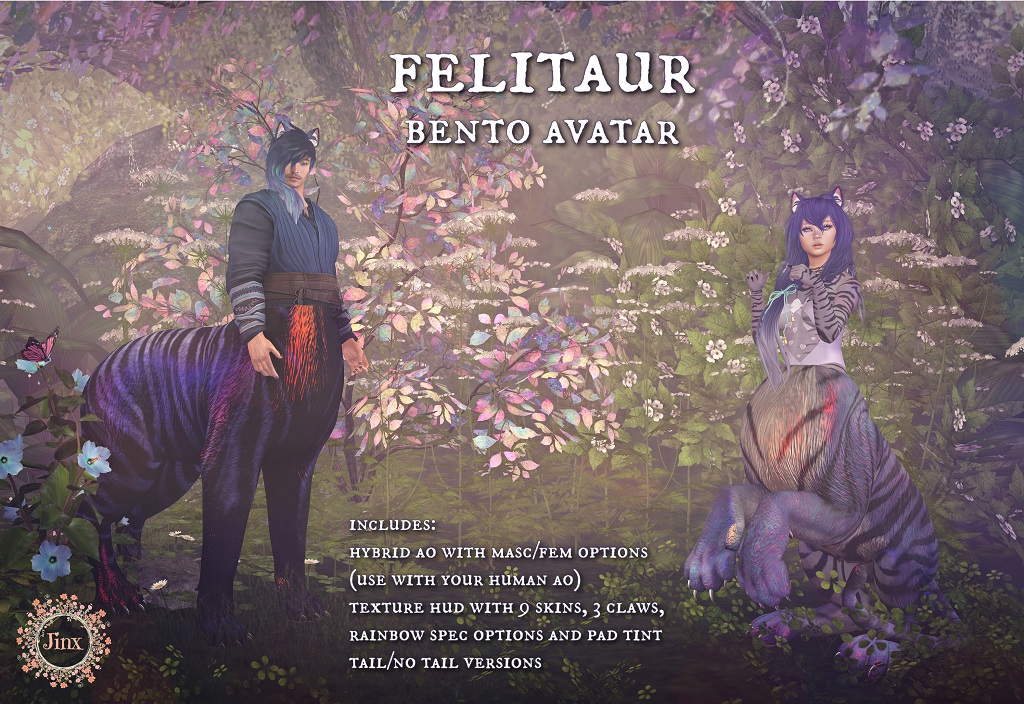 Released at Fantasy Faire 2021 the Jinx Felitaur works with a large variety of male and female mesh bodies.  It comes with it’s own hybrid AO – you must also use your human AO for the upper body movements – this is intentional and allows for greater variety and customisation of your character.  There is also a smaller Felitaur “Kiteeny available (see below.

There are also 2 new skins available for purchase – the snow leopard skin and the clouded leopard skin.

There is a tattoo layer available for the Felitaur. 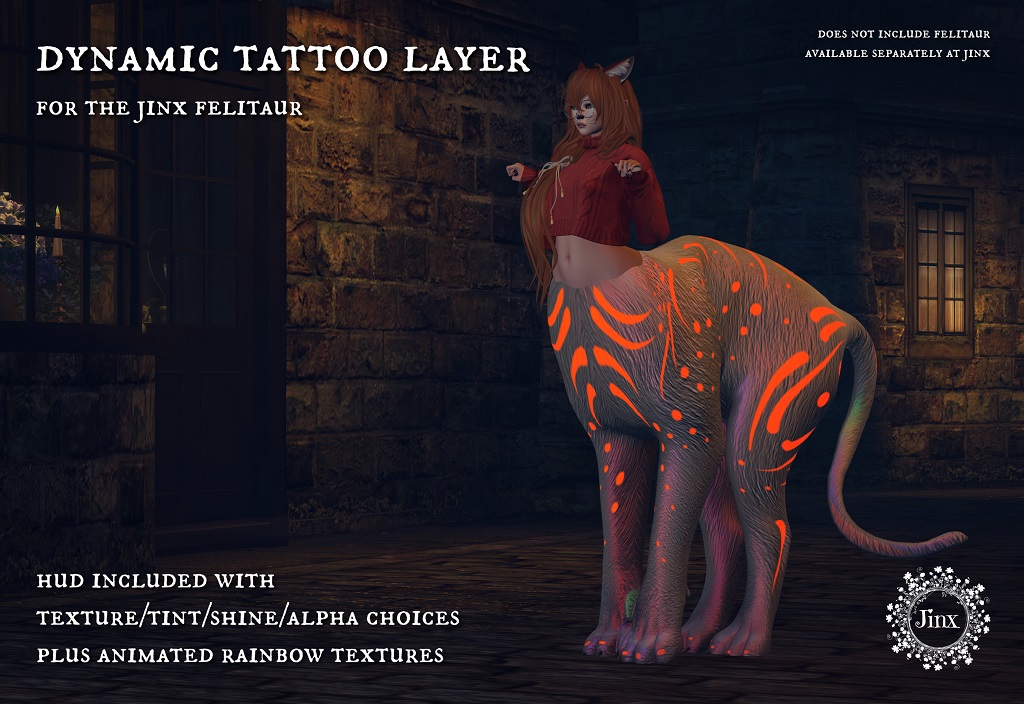 There is a texture dev kit available in-store for any owner of the Felitaurs to make their own skins for personal or commercial use. Skin textures appliers will work on both the Felitaur and the Felitaur “Kiteeny”. 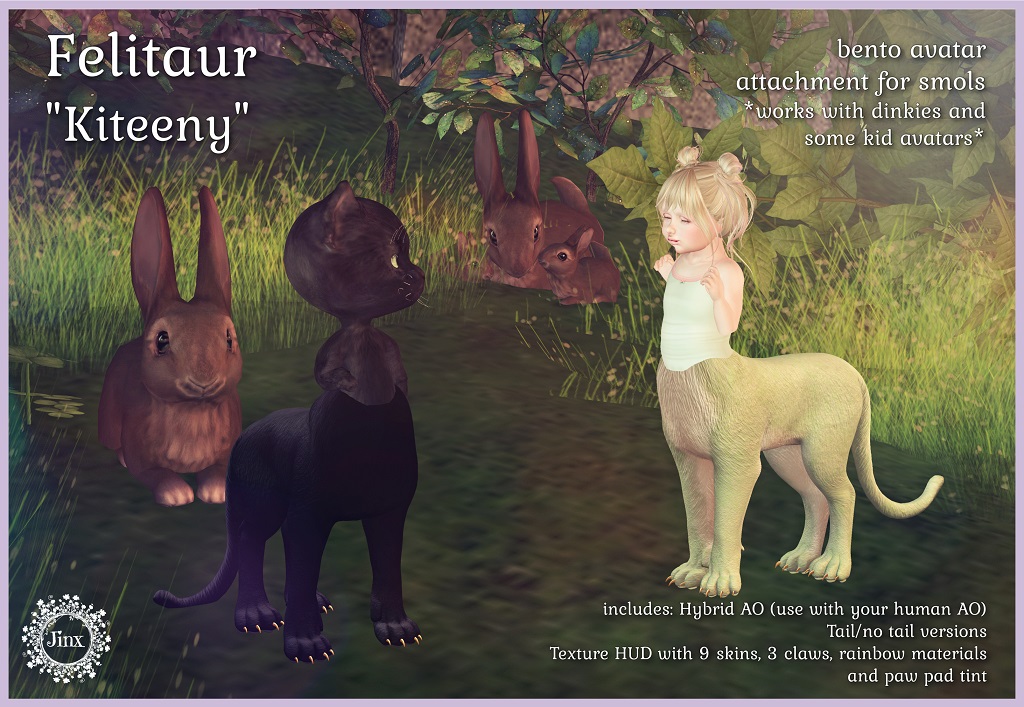 The Felitaur “Kiteeny” is designed to be used with smols. It has been tested with Dinkies, Toddleedoo Baby and Kid avatars and ND/MD Cuties. There is a demo available so please do try with other bodies.