“Do you remember when i was small, and we would go collect a rose from the crystal together? Everyday we would take one and everyday there would be a new one in its place. It didn’t matter how old they got, they never wilted. You would save them and then when we had enough, we would have a festival, then give them to the elders in town as gifts to show our appreciation.

I still go to the crystal encased rose. I collect a flower and I just hold on to it. I sit and reminisce on the time before you became the monster everyone knows you as. I have so many questions. Why did you do all the things you did? How could someone who had always loved everyone become a living nightmare for the world?

I’ve always spoken with the spirits, but even more so once you sent me away. I ask them now, with the darkness coming back, “Are you still out there? Is this you again?” but they never answer those questions. I scan the horizon, looking for you, even though I don’t remember what you look like. Sometimes I trance to see more than my natural eyes could ever see, but there’s never even a glimmer of your presence. That part is always a relief. I am my your daughter, but the taur of Centauria are my REAL family. I WILL protect them. I hope you realize that. I’m not going to stand by and let you hurt more people. We’re going to stop you. Mark my words, Mother… no… Vitrolia… WE WILL stop you. Signed, Your Daughter, Ella – Princess of Red Rose, Listener of Roonwit” 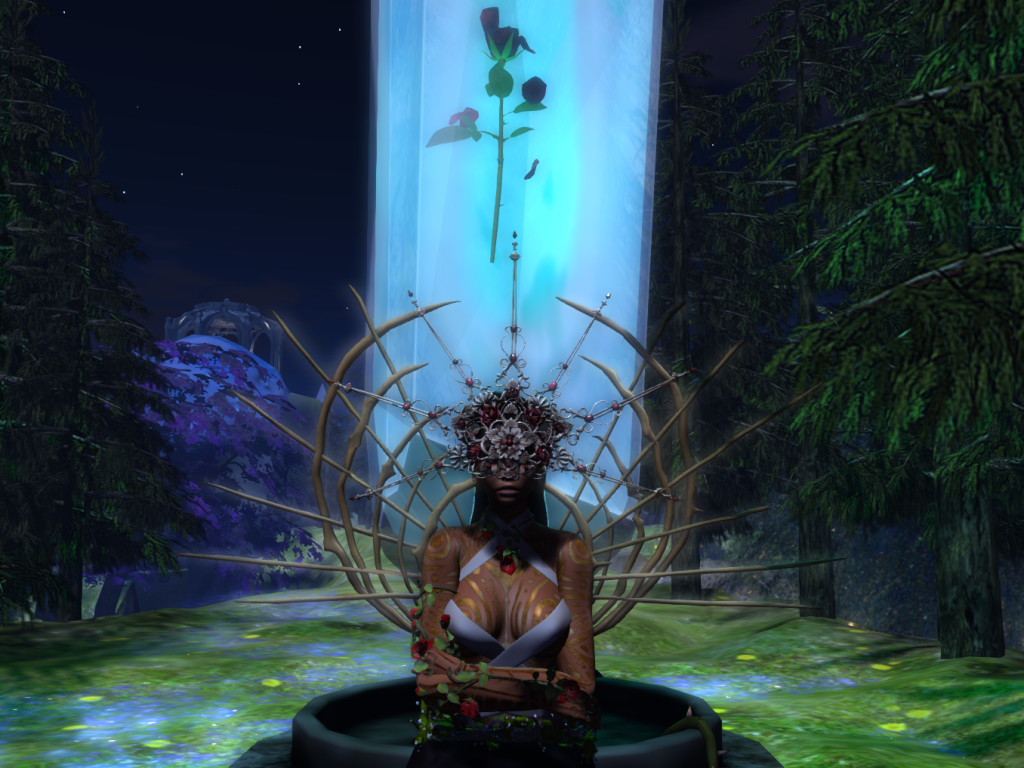 She finishes her letter, intending to go and throw it in the fire of one of the cookers, but is distracted by a loud explosion from the direction of the waterfall. She scrambles to her hooves to go see what happened, forgetting all about her letter and leaving it laying on the ground where she sat. Once she gets to the waterfall, she peeks her head in to find Cinnamon covered in dust and ash.  She giggles quietly, with a small sigh of relief that it wasn’t anything horrible, and goes off to collect more ingredients.

A bored white raven circles around the Great Hall, as her keeper is busy with a potion at the Moon shrine… again. Back and forth, back and forth, following her, she’s been flying. All. Day. Long. To be honest she’d rather be doing something much more fun rather than seeing Cinnamon setting stuff on fire for no reason. “Cawww!! Caww Cawwww!!!!” Screams Zipporah as she lands at her keeper’s shoulder, asking permission to go hunt, or have fun, or both, by herself. “Oh, hungry, are we??… Fine” she sighs, “go hunt then. Just… don’t come home with a dead rat, or worse, half a dead rat” Cinnamon shivers “I see you later, Zip. Be careful!”

So, the raven takes off circling the realms looking for a prey… or anything to have fun with. She lands at Cloudbirth… Maybe anyone would give her a snack? But no. Everyone is too busy gathering. So she flies off again over Roonwit, and lands by the crystal rose, as she’s noticed a wrinkled piece of parchment abandoned on the ground. She grabs it with the claws, then takes off flying and lets it go in the air, turning around and doing aerial acrobatic moves, daring herself to catch it before it touches the ground, over and over again. After a few minutes, Zipporah gets bored of her own game, then thinks about flying off to the mill, maybe there’s leftovers of grain for her to peck at…?

Meanwhile, the poor parchment ends floating in the air, and caught by the wind it randomly lands somewhere in Glenstorm…

While at the forge she remembers her letter. “Oh yeah! I can just throw that in here and get rid of it“, She digs through her hair, trying to figure out where she put it. She pulled out so many things while looking for it… Kava roots, rubies… a couple eyeballs that she covered with saffron to keep things from getting goopy in there… but no letter.

“Odd… Where did I put that?” she mumbled to herself, as she tried to retrace her steps before heading to Glenstorm. “Oh…my…GODS!!!“, she screamed. Her voice echoed through the trees, a startled flock of birds scatter overhead. She pulls her sword from the forge and gallops as fast as her hooves will carry her, back to Roonwit to search around the crystal. “Oh no, oh no, oh no… no no no…. nooooooo!“, she says, as she frantically searches the trees on either side of it in vain. The letter just wasn’t there!

She hoped the animals would find it and do whatever animals do with random things they find. Who knows what would happen if a taur or someone found it. She tried to put it out of her head, and not worry… after all, what was the worst that could happen? The rhetorical question she asked herself made her even more nervous. She would look for it more later, but first she needed to calm down some.