“I swear, Ronald! You burp one more time…!” Said Cinn before the stinky goblin proceeded to burp near the healer’s ear… again. Bard circle was over, so she stretched her legs, got up from the rug and decided to go home and prepare dinner. Ronald farted and then cackled. “Ugh… gross. I understand now why the Queen buys so many scented candles at Market. Between you and George, I swear I don’t know how she manages…”

Cinnamon stopped in her tracks, when she saw a dark shadow among the trees, past the waterfall in Roonwit. The hair rose in the back of her neck, and she felt uneasy. She squinted at the figure for several seconds. She kept the eyes on it, and then… decided to give one slow step towards the mysterious figure. 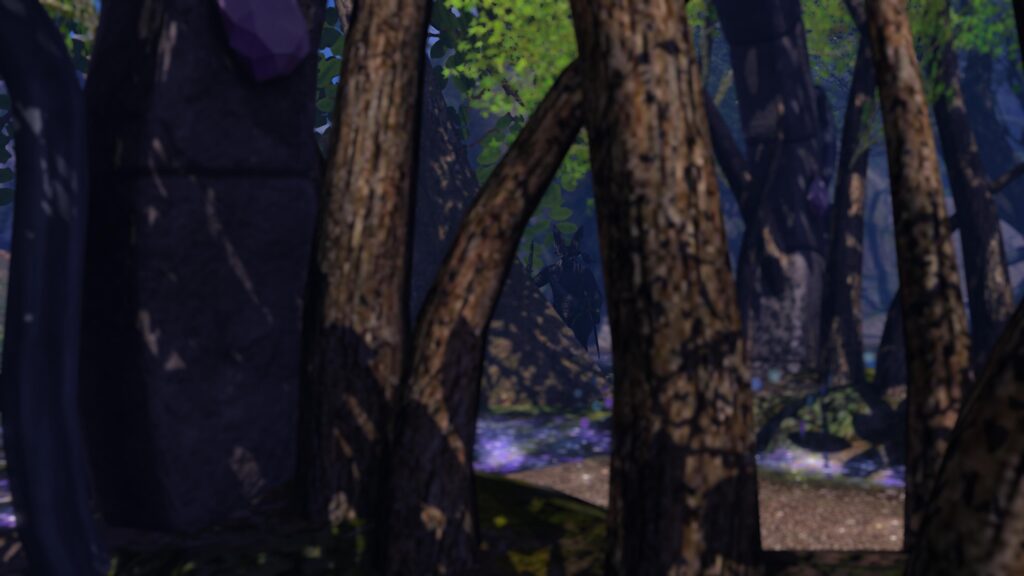 “Who’s there??” She took another small step. Ronald, stretching his short goblin body as best as he could, peeked over Cinnamon’s shoulder to try and see better. A loud scream pierced the healer’s ear, and then a loud cackle, Cinn screamed and Ronald fell backwards on the healer’s rump laughing hysterically.

“Gooooods sake, Ronald you scared me!!! And you are gonna burst my ear one of these days… Be quiet! I am trying to see…”

But of course, as soon as Cinn turned her face again towards the dark mysterious figure, it was gone. She sighed, and failing to make out what she just saw, made her way towards home. “Maybe I should try the camraw traps again…”.