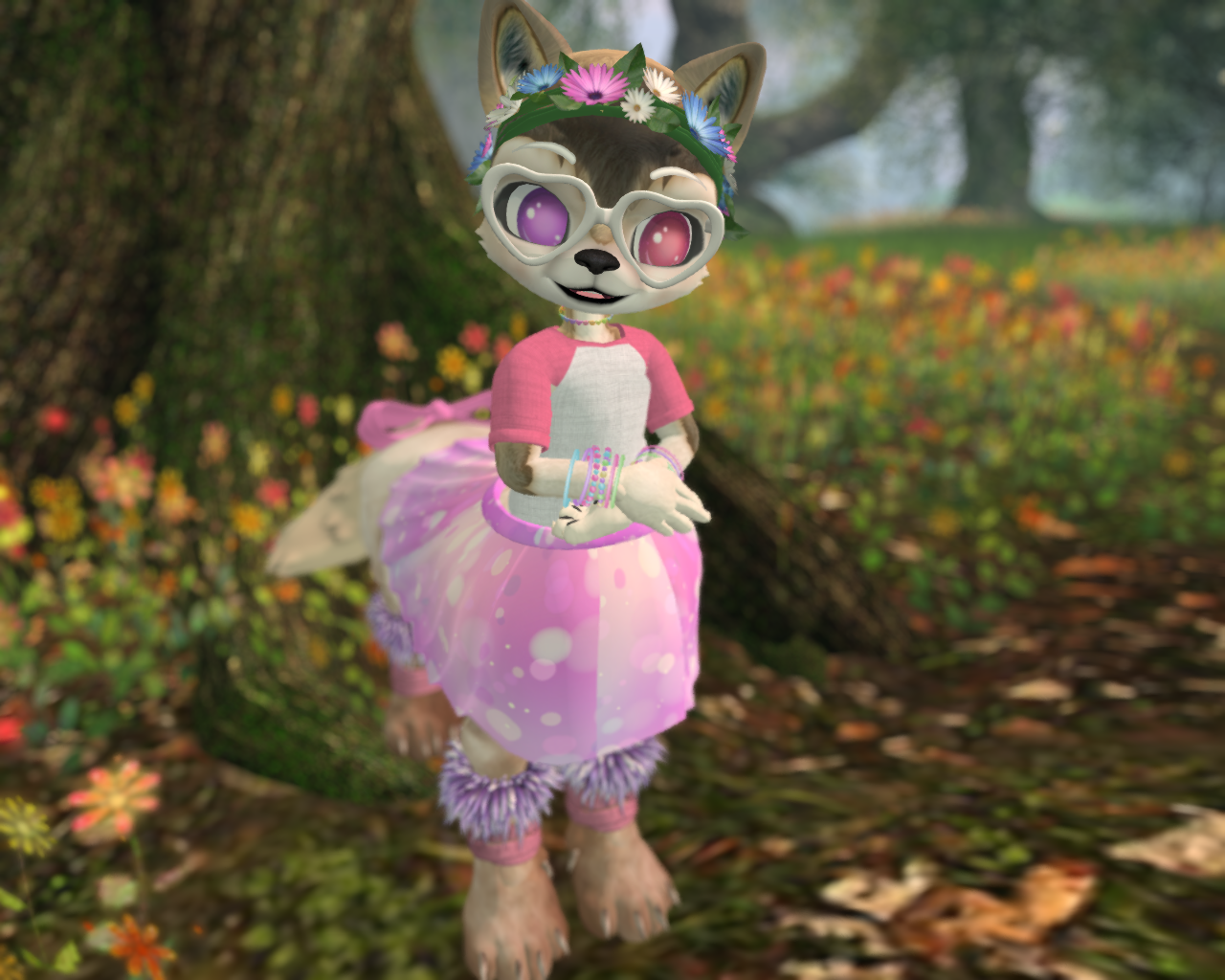 Once upon a time there was a little girl who lived in a house with three generations of women. Her name was Dixie, and she was the youngest: not even old enough to pick berries in the garden by herself.

Dixie was a playful child that loved to be outside, to make art, and to sing with her favorite songs. The women who were raising her did not like this. They wanted Dixie to work in the kitchen washing their dishes, and sweeping the floors, and doing all the things they did not want to do. But she was too small to reach the sink and too slow with the broom, so the women would say mean things to her and make her cry and cry.

One day Dixie ran from their house into the woods, her feet bare and the hem of her dress catching in the brambles and tearing. Her foot caught a root and she fell off the forest path into a fairy ring where she curled into the soft grass, hiding her teary face in her arms. A tiny fairy, hearing her cries, stepped into the circle with her and knelt by her head.
“Why are you crying?” They asked, butterfly wings fluttering in sunlight.

“I wish I would die here in the forest!” Dixie sobs into the flowers, “They hate me and I don’t want to go back! Not ever!” The fairy did not know who she meant, but knew that they could help. A child should never cry so, they thought.

“I’m going to help you,” they said. “But you have to promise that you’ll never go back there, or the magic will be undone.”
Dixie nodded, her curls bobbing and cheeks red from tears.

The fairy nodded and lifted up into the air on their wings. Sparkles and swirls of magic danced all around them and gathered on their hands until the ball of light enveloped Dixie too. She could feel it changing her shape, her hands, her legs, her face all different… and suddenly a gust of wind blew through the forest, bringing leaves and sticks and the scent of fall…but blowing the young fairy right out of the ring and breaking their magic spell. Dixie shook herself off and looked around, tried to stand…

And had four legs?! AND hands?!

Oh no! She thought. Oh no oh no! This can’t be right! She put her hands to her face: A snout! Her head: Tall ears! Her hands themselves were soft and padded paws, and a fluffy tail waved about from the end of a lower half that looked just like the body of a dog. She panicked and tried to yell for the fairy but all that came out was BARK BARK BARK!

The fairy struggled to pull themselves from the branches of a bush, and gasped when they saw their spell had been interrupted. They had meant to turn the girl into a dog, to run free through the forest and the meadows…but now she was like a centaur, with a dog’s body, and canine features on her upper half.

And she was still crying.
“What did you do to me?!”

The fairy hemmed and hawed.
“Well…it wasn’t supposed to work that way, you see, but the wind…”

They shook their head.

“If I do, you have to go back home.” They held out one hand to Dixie, and a sparkle of light was dancing above their palm. “But if you stay this way, you will stay this way forever. Deal?”

Dixie sniffled into her paws and thought about it, but it didn’t take her very long to decide. She wiped her face on the tatters of her dress and nodded, holding her hand out for the fairy, who pressed the light into her palm and held her hands in theirs.

“So long as you never return to the people that hurt you, this form will be yours. Use it well, my friend.”

They smiled, and were gone in a blink of light.

Dixie was not graceful on her new paws, and stumbled many times learning how to use her new set of legs and their strange balance. She wandered long and far, stopping to pick berries from bushes and fallen apples from trees, drinking from cool streams and crossing bridges made of roots that had twined themselves together from old, old trees.

One morning she came upon a large stone arch, carved with words she couldn’t yet read – but she saw a garden beyond and ran with excitement into the beautifully tended farm with perfect paths and tall stalks of wheat, corn, and beans. She smelled mint and strawberries, sweet sunflowers and spicy peppers. So enthralled by the garden was she that she didn’t see the centaur with a garden cart coming down the path until he stopped with a yelp of surprise and nearly tipped over! Quickly he left the cart and knelt on his forelegs to talk to her.

“Are you lost?” Dixie shook her head…but paused, and then nodded. The centaur smiled and held out a hand, gently worn from years of work. Dixie reached out with her little paw and held on.

And Dixie lived happily ever after with the centaurs and demihumans in the gardens of Cloudbirth, Centauria.

This is how Dixie herself tells the tale, and as nobody else knows where she really came from, there’s not much that one can do to verify her story. What we do know about the little canitaur is that she does not seem to age or grow, and with brilliant eyes that are different colors from one another she certainly gives the appearance of a fae-touched creature. If you ask the residents of Centauria how or when she appeared they usually scratch their heads, paw their hooves a bit, and shrug with a smile. She’s often spotted in the gardens of Cloudbirth that she calls home, gathering crops into a wooden cart pulled behind her.

There may be a few whispers here and there that with her affinity for sweets and her mismatched eyes that she’s related to a certain hopping creature… or maybe even cursed by the same fae that afflicted the poor hare…but only time will tell that for sure.

Dixie often goes by Bryte, from the last name of Brytestar, that she picked herself to describe the type of centaur she wants to be: A bright star in the day of everyone she meets. This little pup will greet you with a smile and open paws, ready to be friends.