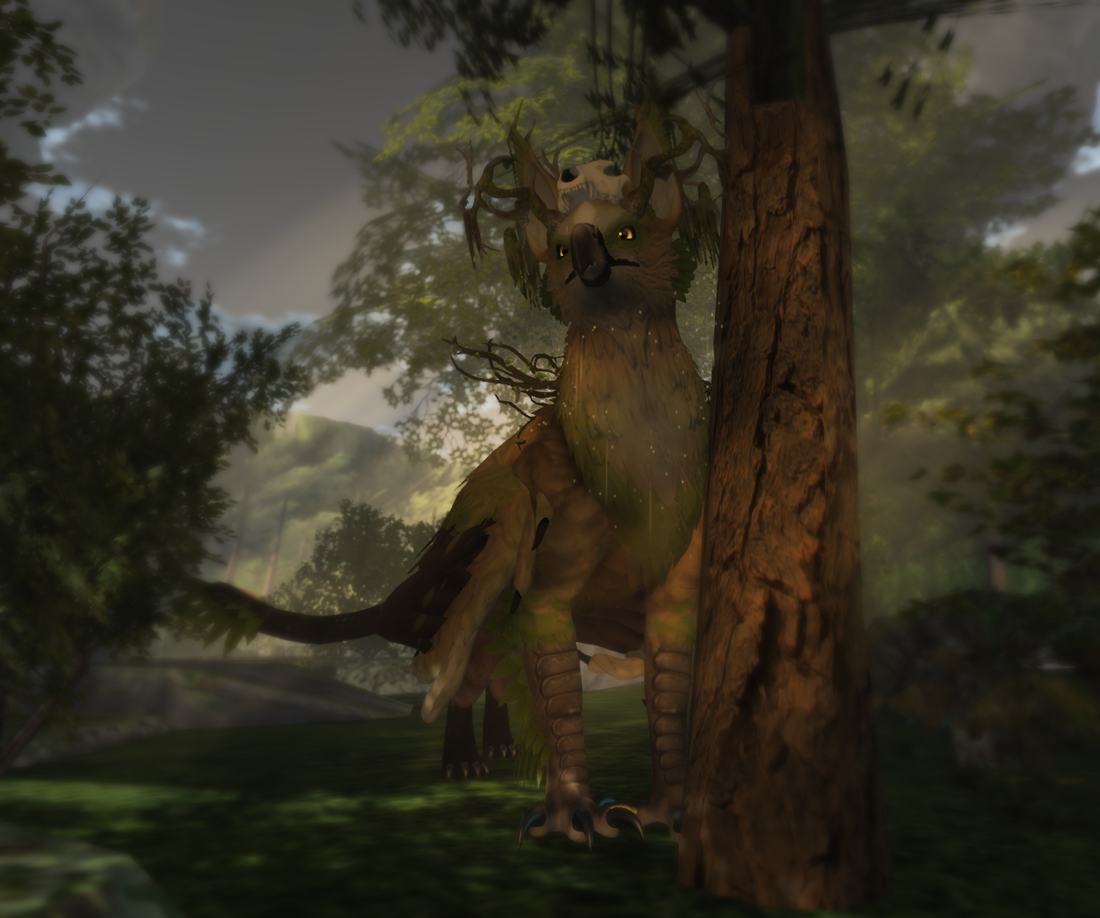 Many many centuries ago, a small dryad griffin by the name Terrarno, was born deep into the redwoods forest.

Growing happily up with several siblings, the griffin family seemed perfect for many years to come. His mother and father, great hunters and amazing parents cared for all of the gryphlings love and care, there were unfortunately always one runt in the litters. This happened to be Terrarno.

Despite being the runt, the little griffin tried his best to follow in their footsteps. But ultimately having to end up scavenging the last bits of food after the hunts, along with teaching himself to as noone else would. He was the loner that noone cared about, but that did not stop him from anything. His heart and his will big enough to keep trying and defending himself whenever needed.

More centuries pass, his parents passed away, his siblings left the nest and found their forever mates. Terrarno was now left in the redwoods forest, standing strong and tall in his teenager years he was now 400 years old.

With no-one else but him in the redwoods, he eventually decided it was time. Time to leave for another place to live. After his large feast; his large wings spread out far and wide and with one strong push he was already high up in the air. Navigating smoothly through the large forest, he came out to an open meadow within short.

He flew high above in the sky, eagle eyes on the ground and scanning any sign of life. For several days he flew, making sure to rest when needed, and eat when hungry.

Soon enough, the griffin found a place that seemed.. alive. More alive than his previous home. Terrarno observed them for a long while, using his forest colored coat as camouflage. There were many different creatures, mainly centaurs but all seemed friendly from his observations.

One day, he decided to make himself known and to attempt and make any sort of friends. After all he had not had much creature interaction. But in the end, it was worth it. He stayed in this new land.