Today was Peacock Day at Bard Circle and we have a number of performances, readings and terrible joks about peacocks and birds in general. 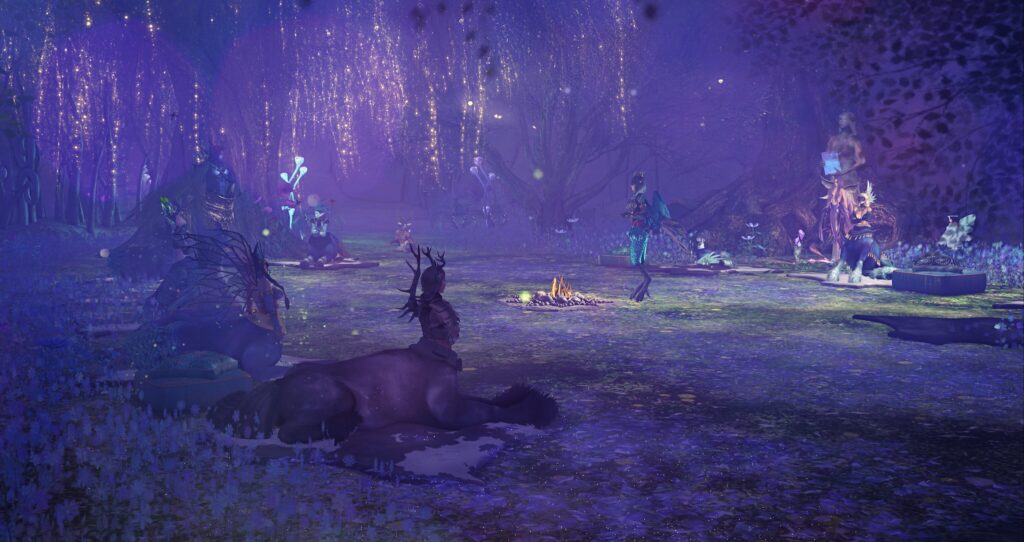 The Peacock and the Sun
A Khasi Legend

It is said that the Peacock and the Sun lived together in heaven as husband and wife.

They loved each other so much and they were happy together until one day when the sun was
busy giving light and warm to the earth while the peacock strolled through the celestial garden.

At that moment the peacock’s eyes turned toward earth and there he saw dancing on the plain what
seemed to him to be a beautiful damsel displaying her yellow and green robe in the morning light.

The peacock had heard of this beautiful human living on earth and he thought she must be the
loveliest of them all.

He was instantly head over heels in love with what he saw and he thought that she must be more
exciting than his wife who never seem to have time to sit back and enjoy life with him.

As he gazed madness gripped him with a strong emotion “Such beauty! I must go to her”.

Without so much as an explanation to his wife he announced his plan to go to earth to be
with that beautiful girl. The sun wept and tried to hold him back. She could not understand
and as she cried her heart out she kept trying to hold onto him. Her golden tears fell on his
tail, marking what what we now call the “eye” of each feather.

Finally he set himself free from her embrace and made his descent to earth, but instead of
the welcoming smile he had imagined to have been promised he only found a vast rolling
field of mustard plants. Their yellow blooms flirting with the wind and laughing in his face.

The distance had deceived him, the dancing virgin Queen was none other than the mustard
plant blowing in the wind.

Now it was his turned to cry and he wanted to go back to the sun but the Sun could not do
anything to him for she knew it was beyond her power to accept or reject him now.

How could he ascend to heaven again, having violated the Divine word that made him and
the Sun husband and wife. How could he even make it to the celestial realm burdened
with a treacherous heart?

The peacock tried and is still trying. Early every sunshiny day he is seen strutting about and
leaping up and down, trying to get back to heaven and his beloved wife. But of course,
he cannot make it more than a few feet of the ground.

That was how the world became the home of the restless peacock home, and that was how his
loving wife’s ethereal tears became the spotted glory of his tail and mark the memories of a heaven
lost forever.

This is a Fable taken from Aesop’s Fable & Animal Tales
Tittled: The Peacock

[Juno just smiled]
Juno then answered: “You are a good bird and I like you a lot.”

The Peacock then described to the Goddess the kind of tail that he wanted….“I would like a tail with a long train of brightly color feathers.  I also wished to be the loveliest of all the birds!”

To his great joy, Juno agreed. “Very well, If that is your wish it will be granted.”

What a wonderful tail he got! Blue and green with a jewel-like pattern, opening up like a fan when he raised it. Now the Peacock decided to walk like a king! So he held his head high and walked with style!  The common birds looked at him in surprise! Even the pretty long tailed pheasants were jealous!

[Other birds started to comment among themselves] “Well look at him, who does he thinks that he is. Walking all like a king.”

After showing off his tail, the Peacock decided to fly. The Peacock was shocked! “Why is it that I can not fly?”
He simply could not fly. He could take a few flying steps, but nothing more! He sadly realized that had lost a wonderful ability, simply because he had wanted to look good!

The Goddess then answered with a very smart lesson…
“Think well before you choose what you want in life.” 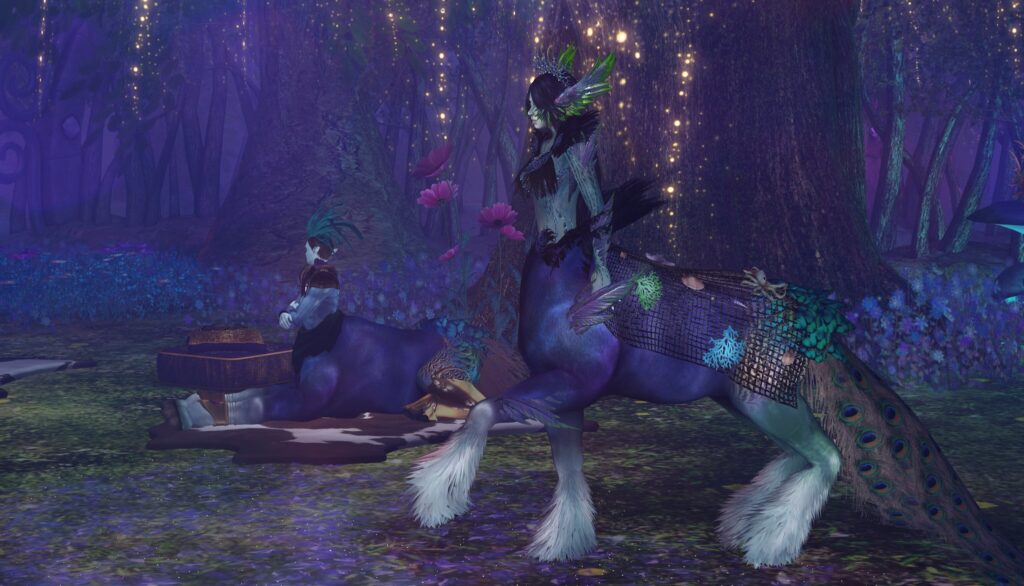 THE TIGER AND THE PEACOCK
by Jezebelle Queen

Once there was a proud peacock, whose tail was long and lovely indeed. All the creatures of the land and sky sung his praises, except the tiger. Incensed, the peacock approached the hungry tiger and demanded that she look upon his majesty. Fanning out his luxurious tail, he puffed his chest in pride. The tiger yawned, unimpressed. “Your tail is long, but it can be longer” 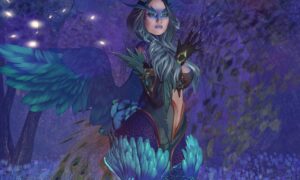 The tiger tried to pounce and eat the peacock, but he flew away before she got close!

Some time passed, and the peacock returned to face the tiger. “My tail has grown, and look how it gleams!” Again he showed off his tail, his feathers sparkling in the midday sun, and again the tiger yawned. “Your tail has grown, but still it can be more luxurious” she said, pouncing again to gobble the peacock up! The peacock flew away, narrowly avoiding the jaws of the hungry tiger.

More time passed, and eventually the peacock strutted back again, his tail longer and more majestic than ever. He fanned his jeweled tail feathers, which gleamed and shimmered all the colors of the rainbow! The tiger was impressed, and said ”Truly you are the most beautiful of birds, I think you’ll make a splendid lunch!” She licked her lips and prepared to pounce. The peacock gulped and flapped his shimmering wings, but to no avail! His tail had become too long and heavy to fly. And so the tiger pounced upon him, and devoured him.

THE PEACOCK’S COMPLAINT
by Jezebelle Queen

Said he “I have been gifted,
With lovely train and crest.
But Nightingale has such a voice!
Should mine not be the best?”

Juno looked in anger
Down at her darling-bird
She rose in threat and offered him
Her final, scathing word

“Not a soul doth walk the earth
Who beareth all fine things
Content thyself with plumage,
Thou hast no need to sing”

“The Falcon is the swiftest
The Eagle, he is strong.
The Raven speaks the future and
The Nightingale in song.”

As for thyself, thy plumes are gems
That gleam in light of day.
But if thou aren’t content with such
Thy gifts I’ll take away.”

The peacock hastened home
And not another word he spoke.
And to this day his prideful voice
Remains a noisy croak.

The peacock has a score of eyes
by Christina Georgina Rossetti

The peacock has a score of eyes,
With which he cannot see;
The cod-fish has a silent sound,
However that may be;
No dandelions tell the time,
Although they turn to clocks;
Cat’s-cradle does not hold the cat,
Nor foxglove fit the fox. 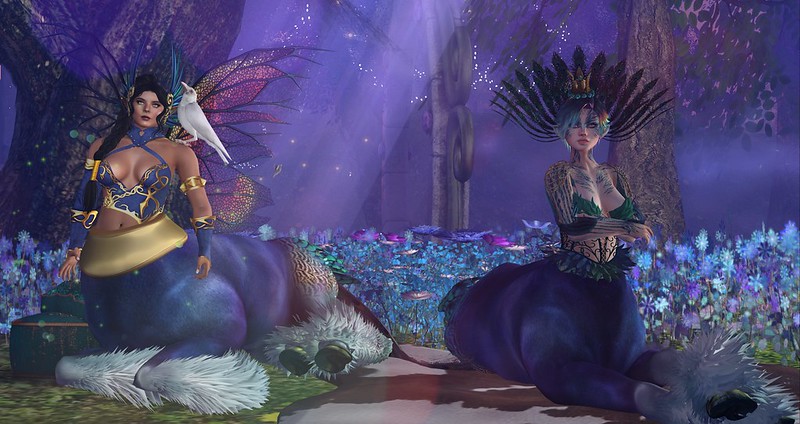