A message arrives from designers to Queen Julala:

“We are pleased to let you know that our recent job to design and print the secret recipe cards for the Cloudbirth cooker has been completed and we have passed them George the Raven to bring them to you.  Each one is placed in a bottle and for added security we have placed a riddle spell on each bottle so the riddle must be solved to get access to the recipe inside.  We will shortly be getting started with the second and third batches of recipe cards for you.  George should have that first batch with you later today.  Best wishes and fair winds to you, The Most Excellent Printers Inc.”

“Fantastic!” thinks Queen Julala, “I know several people have been awaiting these and will be most pleased to hear of their imminent arrival”.

Suddenly, a fluttering can be heard….it’s George….he’s out of breath and looks somewhat distressed!  “George!” greets Queen Julala, “so good to see you…..but…gosh…whatever is the matter George? You’re looking incredibly flustered….are you ok?”

“M’Lady……I have terrible news” say George, his face ashen (as a Raven’s face could be in this light).  “I was attacked on my way here! a bunch of sea gulls…..ruddy sky rats!”  George preens his wing and tries to put a few lifted feathers back into place.  “Oh no!” Julala is concerned and reaches out to help George into a comfortable seat.  “Are you alright? Are you injured?”

“I’m ok” says George nods, “just a little ruffled…..I took a bit of a beating but the worst…..is……my cargo……..in all the confusion and aerobatics……well…..”, George looks dolefully at his Queen and quivers and he prepares to give her the bad news.  “M’Lady…I’m afraid they dropped from my satchel……and I have no idea where they could be…….I was attacked mostly over Cloudbirth but one or two may have been flung further afield….urgh….I tried to find them….but…well…I needed to get here and tell you and…well….I feel a little shaken.”

“My poor friend…please don’t worry, the bottles are all riddle protected….and I can ask the designer to send some more…..you mustn’t worry yourself and I’m so sorry to hear that Gary and his chums have been at you again!  I shall have words with him and his seagull posse ….this behaviour is just not acceptable ….attacking ravens as they go about their business!”  Julala is annoyed but tries not to show too much annoyance to George who is by sipping on a warm sugary tea. 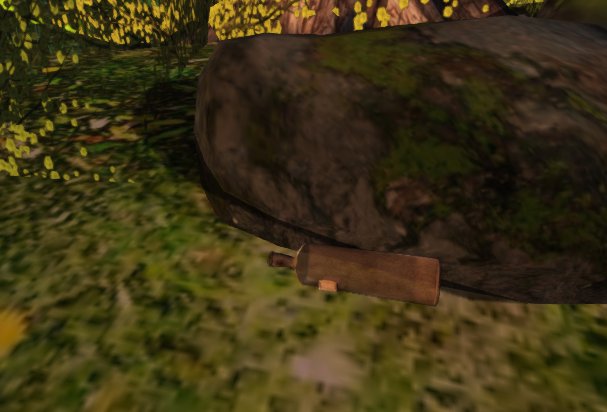